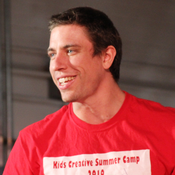 Kids Creative is a nonprofit organization that offers arts-based, peace education programs for Pre-K to High School age students through after school programs, summer camps and workshops. Our mission is to foster confidence, creativity, conflict resolution skills and a strong sense of community ...
Read More 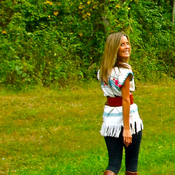 What did Summer have to offer?

I am so inspired by the creativity of kids and teens and feel it is extremely important to support their dreams and help them share their individual and collective stories. As an Executive Producer for Television shows such as MTV's Made, I had to document teenager's lives as they set forth on a journey to accomplish their dreams. Within the process of documenting their story, I also had to figure out the most creative way to tell it. As a result, I learned each story is a personal experience and being able to tell it is a magical opportunity.

Want to help an organization?