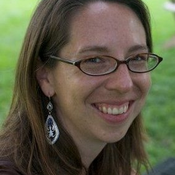 Prosperity Candle L3C is a social enterprise that prioritizes positive impact over all else, ensuring everything we do helps create opportunities for women to thrive. All our candles are hand-poured by women artisans, most by women refugees creating new lives for themselves and their families in...
Read More 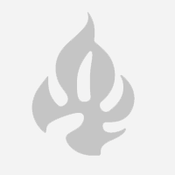 What did Stephanie have to offer?

Prosperity Candle appears to be a fairly amazing organization. I'm attracted to the idea of empowering women worldwide and intrigued by the concept of taking fair trade to a new level. It's gratifying to think about supporting an organization that helps one woman at a time gain skills to support her family. It's spectacular to imagine that the same model will lead to economic empowerment for entire communities. There are several story lines that could be pitched to journalists: the individual women in Springfield who have survived brutality now finding a way to prosper; the opportunity for consumers to buy candles that could make a profound difference in some of the world's most poverty stricken areas; and the idea of going beyond charity to offer a new model of economic empowerment. I would welcome the opportunity to learn more about Prosperity Candle and publicize its unique mission. I spent 20 years as a reporter and am an expert in giving reporters what they need to pursue a story. When I worked as a health reporter and later as the host of a morning program, I would routinely comb through dozens of daily press releases. I only followed up on a few - the ones that were timely, offered a unique angle and had the potential to become a compelling story. I craft press releases that journalists find useful. I make it easy for them to do interviews. And, as someone who had conducted countless interviews, I make sure interview subjects are confident and well prepared to communicate their message.

Want to help an organization?