Copy the link, then close this window.

Why is this project important?

What did Doug have to offer?

The romance between fashion and film has long been noted and nowhere is it more ingenious than in the work of director Douglas Keeve. A renowned photographer, Keeve’s work has appeared in GQ, Italian Vogue, Esquire, Glamour, American Vogue and
Interview magazine. His
Clients include Armani, DeBeers, Seagrams, Tommy Hilfiger, The New York Times. Victoria’s Secret,
Armani, Carolina Herrera’s
Fragrance‘212’, American
Vogue...

Keeve set out to capture the spectacle of obsessive dedication, sophistication and brattiness that ‘is’ the fashion industry. It is uniquely captured in Keeve’s documentary, UNZIPPED, the critically acclaimed film went on to win the Audience award at the Sundance film Festival and enjoy unprecedented box office success domestically and overseas.

SEAMLESS, a collaboration with Vogue’s Anna Wintour, debuted at the tribeca film festival (broadcast premiere, Sundance Channel, 2006). It reveals the thrilling, often heartbreaking stories of three hot emerging fashion designers as they struggle to stay financially afloat, and vie for recognition in this very competitive, and often cutthroat arena. 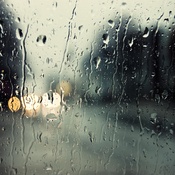 Global Circle is a community of young professionals who support American Jewish World Service (AJWS) through events, trips, a marathon team, fundraising and building the next generation of leadership for AJWS.

Inspired by Judaism's commitment to justice, AJWS works to realize human rights and end poverty in the developing world.
gc.ajws.org

This is the 1st project posted by American Jewish World Service - Global Circle.

Doug K has matched on 2 projects with 2 organizations so far!

Have professionals like Doug K. help you on your next project.

Are you an organization?

Are you a professional?